Short Story: Isolation is released! So what now? Remember the game John and The Goat? Of course not. It was the first game in the Short Story games series. It was more like a limited technical demo of the RPG engine, that I’m working on. It was an early stage and there were very little features and many bugs. When I released that game, I started working on Isolation and at the same time added many new features and fixed a ton of bugs. Now, all that good stuff can be added the John and The Goat.
John and The Goat are missing much more complicated quests. There were zero bosses, only a bunch of thieves and rats. The biggest change will be dungeons as there was none of them.
I’m looking forward to releasing John and The Goat as a fresh new game. Stay tuned!

I’m nearing the release of this big update. I’m doing final testing. Creating new screenshots and preview trailers for the app store. Have a look at this trailer. What do you think? It is very Read more… 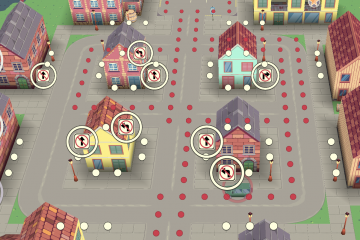